Here's what I have planned: S wants to be Indiana Jones. We found a hat and whip we just need a brown jacket. G wanted to be a pink flamingo.I asked if he wanted to be something more masculine, like a parrot, and he said I was "repressing his creativity." I asked him what repressing means and he said it's what your mother does to you. Today, he wants to be a Jedi. Miss A, well, let's just say I have a lot of ideas and fabric. I'll see what I come up with.
Here's a look at Halloweens past, at least our digital past. 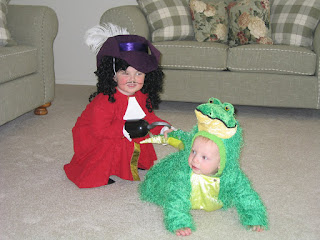 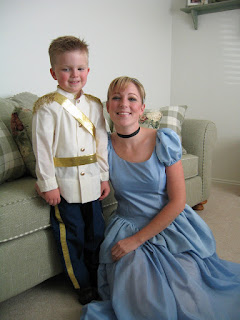 Megan's costume for Halloween 2004. S had been to so many princess parties that year! He felt ripped off that he couldn't dress up. We let him dress up as Captain Hook for one party and, well, it didn't go so well. He need to be a calmer character, much calmer. So I made him a Prince Charming outfit. It was cute, but he will so hate me some day. Let it be known that at the time he loved it. He didn't wear it on Halloween, but he wanted to. 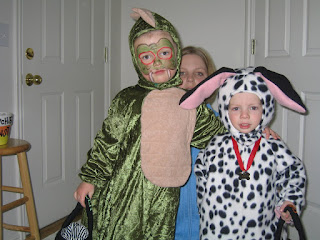 Halloween 2004, notice me in the background holding G down so he won't run out of the picture? 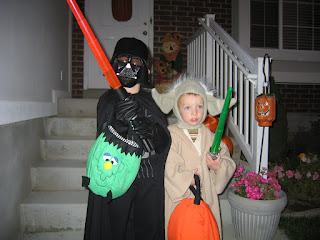 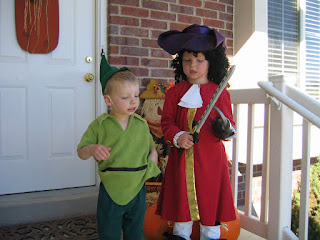 October 2005, the real costumes weren't finished in time for some of the pre-Halloween festivities. Good thing we had these in the dress up box! 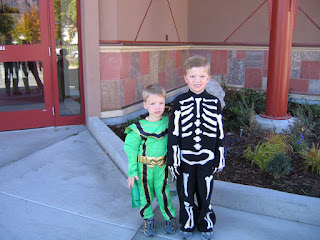 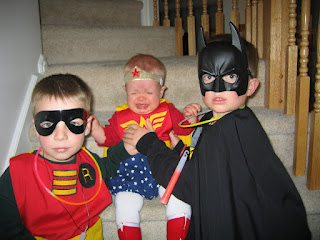 I remember going with you to Kiddie kandids to get pictures of Garrett as a Dalmation. I remember I was really sweaty when we left! I may need to borrow the prince charming costume sometime, if Brighton dosn't get out of his Princess stage soon. They are all so cute. I wish I had your sewing ability. We will have store bought costumes every year, even when I'm not Pregnant.

Spencer will thank you when he's older for teaching him the ways of Prince Charming while he was in his youth... he will be a ladies man!
I love that Addi is screaming in the last picture. Much like your Christmas card. And much like family pictures Monday night, multiplied by three.

Since I don't sew like you, ok, since I don't really sew at all, I'm always thinking of Halloween in September. Mostly because if I want anything cute for Mallie, I have to buy early otherwise everything is all gone! AHHH! Just one more stress of motherhood! Your costumes are always so stinkin cute Hollie! Can't wait to see this year's designs!

Your posts always make me laugh. I did some canning this year, and managed to not be too angry about it. Unfortunately it's the sewing that always makes me angry. I will just have to read your blog and live vicariously through your cute homemade costumes.
Garrett is hilarious.

Such cute pictures! I love the Captain Hook costume! Where did you find the skeleton? I'm debating between that and Frankenstein for Coop. I hear you about the cold weather and projects--I have totally caught the crafty bug!

The skeleton is from Pottery Barn.

I love your blog and I've given you an award on my blog. You have to try to figure out which description fits you and your blog.